The Difference Between Flat White vs Latte: Everything You Need to Know.

Should you end up in a coffee shop that doesn’t have a flat white on the menu, a small latte could be a good substitute. But don’t get things wrong – these coffees are not the same. Still, the variations are not that obvious right away.

That said, these milk-based drinks are usually served in cups of different size and type. To be exact, a flat white should come in a 5oz or 6oz ceramic cup and a latte is served in a 7oz to 8oz glass. And if you take a closer look at flat white vs latte, the unique characteristics of these drinks become apparent.

When it comes to similarities, a latte and flat white are espresso-based creamy drinks. Both recipes may include one or two shots of espresso, though two shots are more common in the U.S. coffee shops.

Two shots of espresso give these drinks a better flavor balance because both feature a substantial amount of milk.

You can also get a more distinct punch of espresso by asking a barista to use ristretto for a flat white. In fact, some coffee shops use it by default to make a clear difference between the drinks, taste-wise. And if you are wondering about ristretto, it’s an espresso made with half the usual amount of water.

One way or the other, it pays to check out the recipes for the drinks to understand the points of departure. By the way, if you want to pick a good machine for lattes, check out our best latte machine reviews.

You should know that the preparation of a flat white is likely to vary from one coffee shop to another. However, the drink is supposed to taste and look the same, so some general rules apply.

As indicated, the drink starts with two shots of espresso which are gently topped by microfoamed milk. The trick actually lies in the milk itself. The microfoam needs to have a pure silky texture without any froth. To pull off the desired texture, you should use no more than 4.4oz of milk. Of course, there’s also some technique to it.

Going to be adding air for just about a second and then bring the jug up … work that air into the milk until the jug is almost too hot to touch.

The final result should have a lower density than a latte due to microfoamed milk. And again, it needs to allow the espresso flavors to really kick in.

By now, you can guess that a latte starts with two shots of espresso, but it features much more milk. To be exact, about 6oz of milk is required to make a latte, and the milk is both steamed and frothed.

And again, the secret is in nailing the steaming and frothing technique. This may vary on the type of milk you use, but you should aim for the temperature of 145°F since it brings out the optimal sweetness (1). Once you steam the milk, pour it gently over the espresso and add a thin layer of froth.

History of the Flat White Latte

Interestingly, a flat white is a subject of a heated cultural debate down under. To make things clear, the term itself has been widely used in New Zealand and Australia to describe milky coffee. It came into being in the 1980s and the two countries have been debating about the flat white’s original creator ever since (2).

To make matters worse, some Australian coffee shop owners and baristas claim they are the ones to name the flat white first. Regardless of the origins, the popularity of a flat white spread like wildfire and it is now a staple.

History of the Cafe Latte

The history of latte is not that turbulent. It is also one of the more recent additions to coffee shop menus. As the story goes, latte came into being in the 1950s due to the demand for a less potent cappuccino (3).

Did you know that latte actually means milk in Italian?

A flat white is an interesting example of how espresso-based milk drinks have evolved. It stands out as a palatable crossover between traditional espresso and a latte. Plus, it is a great choice for those who like their coffee with milk but still want the espresso flavors to shine through.

Tired of your usual coffee? Here’s where you can learn more about the various types of coffee. We also discussed the difference between flat whites and cappuccinos here.

No, a flat white doesn’t have more caffeine than a latte. Assuming that both drinks feature two shots of espresso, they should also have the same amount of caffeine. However, a latte tastes milder because there is more milk.

Yes, a flat white has fewer calories than a latte. Again, it’s all about the milk, and a flat white normally has 110 calories. There is also about 6g of fat if a barista uses cream milk.

Yes, there can be sugar in a flat white. For example, a flat white at Starbucks could contain 17g of sugar if you opt for the grande size. 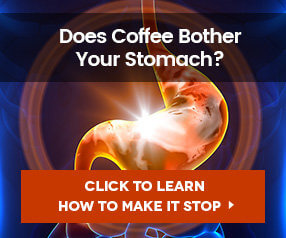