How Is Instant Coffee Made?

Contents show
A Brief History Of Instant Coffee
Where It All Begins
Turning Brewed Coffee into Instant
Spray-Drying
Freeze Drying
Are There Health Risks?
Time To Share Your Expertise
Frequently Asked Questions
Can you make your own instant coffee?
How do you make instant coffee stronger?
Is instant coffee the same as ground coffee?

While once visiting the old homestead on vacation, my father offered to make me coffee one morning. Still recovering from the whiskey tasting with my mother from the previous night (yes, I know my family isn’t normal), I graciously accepted.

Much to my horror, my pops proceeded to whip up a batch of instant coffee.

Related: A list of the best instant coffees (that actually taste alright)

Though I would have preferred any other type of coffees, I gulped down the gurgling liquid with a forced expression of appreciation, I couldn’t help but wonder… how the hell is that rough tasting, instant style coffee made? And is there such a thing as great instant coffee?

A Brief History Of Instant Coffee

The idea of “instant coffee” is nothing new. Humans have been trying to make this stuff for hundreds of years! In fact, the first documented case of instant coffee being consumed is all the way back in 1771 (​1​​​). We’re talking before the United States had even revolted from Great Britain!

Speaking of Britain, that was where this first coffee was created, and we’re not talking about some quiet, out of the way invention. They called it “coffee compound” and there was even a patent issued for the new creation. It wasn’t until nearly a century later that the new wonder-product made its way back over to the colonies where it was experimented with during the American Civil War.

By the 20th century (2), several other countries got involved in the development, with Japanese inventor Satori Kato inventing the first stable powdered version, British chemist George Constant Washington helping commercialize it with his work in Guatemala, and the Brazilian coffee industry as a whole pushing it forward as a way to preserve their overflow coffee production.

Even Nestle got in on the action, creating instant coffee under the name “Nescafé” in 1938, which was incredibly popular with the military during WWII.

By the mid-century, the product had improved to the point where it had jumped to nearly a quarter of all consumed coffee, and ever since it has remained a popular hot beverage.

Where It All Begins

As much as I’d like to say that instant style coffee isn’t real coffee, it actually is, or at least it was at some point. Before it became powder, it was a liquid, and not too different from percolated coffee. However, instant coffee makers use a unique brewing technique, in which super-hot water is passed through a series of ground coffee columns.

After the coffee is filtered out, some of the water is removed, either by evaporation or freezing, to increase the concentration (a little like cold brew concentrate).

Because the high brewing temperature causes the coffee to lose some of its delicate aroma, many instant powder coffee brewers collect gases from the first brew to add them back in later.

Next, the coffee concentrate is de-oxygenated to help preserve its flavor.

But how do you take this funky brew and turn it into powder? That’s easy: remove all the liquid!

It’s best to think of quick coffee as just really thirsty coffee. Or, if you prefer smarter words: dehydrated coffee. In the final stage, all the liquid is removed so that all that is left are coffee crystals.

There are two methods used to dehydrate brewed coffee into instant, so let’s take a closer look at both.

The longer brewed coffee is exposed to the environment, the quicker it will lose its flavor (​3), so any drying process needs to happen quickly.

This process [oxidation] begins to happen the moment any water hits the beans, and it gets more intense the longer the coffee sits after you brew it. You can even notice the change in taste just an hour after you brew the coffee.

One of the ways instant/powdered coffee makers accomplish this quick-dry process is by building a 75-foot-tall evaporation tower. At the top of this tower, coffee is sprayed out in a fine mist, and a jet of hot air (about 415°F) blows the mist downwards.

As the coffee mist drifts down, all the moisture evaporates, leaving tiny particles of concentrated coffee to pile up at the bottom.

A small amount of water is sometimes reintroduced to allow the particles to clump together so they dissolve more quickly in your cup.

Check this video of a Spray Dryer system in operation:

This method is a little more complicated than spray-drying. There are four distinct steps necessary to freeze dry coffee into instant.

First, the coffee concentrate is chilled to about 20°F, and turned into the best Slurpee that 7-11 never thought of. After that, it is separated into bins on a belt for further cooling.

As the belt moves the coffee slush along, it is slowly cooled even further until it reaches -40°F. This slow cooling ensures large granules in the end product.

These coffee popsicles are now ground down to a specific size ideal for drying. The grounds are then placed in a vacuum chamber for the last step, where the remaining ice water is heated and turned to vapor, leaving behind chunky little coffee particles ready to dive into your cup.

Are There Health Risks?

Obviously, with all of this processing, the question of if there are any health risks comes up pretty naturally. The honest answer to that one is a resounding …maybe.

I know, I know, it’s frustrating. But the truth is, for all of my research, there just isn’t that much conclusive evidence out there at this point. However, while no larger studies have revealed any major health risks quite yet, there are definitely a few reports that seem to point towards potential risks.

Don’t panic, though. Most of the information really is pretty inconclusive.

Now, if anyone ever asks you about instant coffee and how its made you can impress them with your superior knowledge. Just remember that it was brewed as regular coffee then it was dehydrated with one of two methods: spray drying or freeze drying. If there’s any consolation, instant coffee can be used to make some cool drinks like this.

Let me know if you have any questions in the comments below!

You can’t make your own instant coffee in the same powdered form you buy at the store, but you can save time in your morning ritual by making coffee concentrate using the cold brew technique described here. While many people only use cold brew to make iced coffee in the summer, it’s also delicious – and much fresher-tasting than instant coffee – if you add hot water to your concentrate.

Instant coffee is not the same as ground coffee, neither in how you prepare it nor in how it tastes. Preparing it is much simpler: heat water, add instant coffee, and prepare for disappointment. The flavor almost always has some hint of oxidation, and can often taste overcooked or burnt because of the manufacturing process. However, instant coffee does not lose its freshness as quickly as ground coffee; ground coffee begins to deteriorate in as little as 30 minutes after grinding, while instant coffee is shelf stable for months. 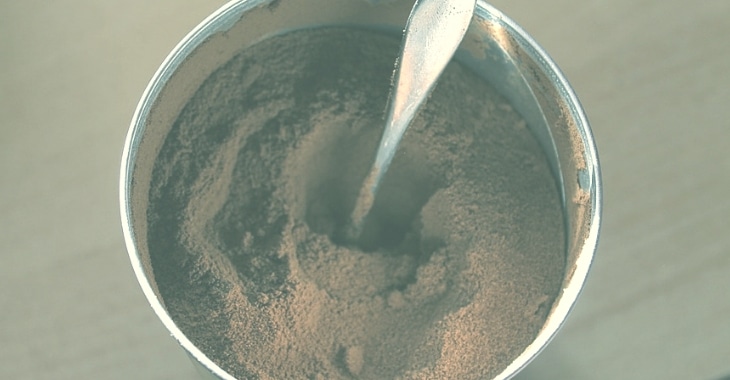 JUMP TO:
A Brief History Of Instant Coffee
Where It All Begins
Turning Brewed Coffee into Instant
Are There Health Risks?
Time To Share Your Expertise
Frequently Asked Questions