Cortadito Coffee: What is It and How to Make It?

Contents show
Cortadito recipe
Description
Ingredients
Instructions
Notes
Did you make this recipe?
What is a cortadito coffee?
How to make cortadito
FAQs
Are evaporated milk and condensed milk the same?
Is coffee grown in Cuba?
Can you make a cortadito with almond milk?

While the cortado and the cafe cubano might have become common cafe menu items, the cortadito hasn’t yet had its time in the limelight. This dark, strong coffee cut with milk and sugar is a favourite among Cubans. It might just become one of yours too!

So what makes a good cortadito coffee?

This simple recipe is made using an espresso machine. But, as I said before, if you don’t have one, you can make strong coffee with a Moka pot. Or even an AeroPress. Using a Moka pot is preferable if you want to make cortaditos for a crowd. In this case, you would whip the sugar/coffee mix for all cups at once and portion it out for serving.

Top tip: When creating espuma, add just enough coffee to wet the sugar. It will be a thick, grainy paste at first, but once the sugar dissolves, it will become looser.

What is a cortadito coffee?

Perhaps the best way of describing this Cuban specialty is by explaining how it differs from other similar coffees. If you know what a cortado is, the cortadito could be considered its Cuban cousin. The Spanish cortado is two shots of espresso topped with an equal amount of steamed milk. The cortadito also uses a 1:1 ratio of coffee and milk. However, it uses presweetened espresso or sometimes sweetened condensed milk. But it’s not the only coffee that’s specific to Cuba.

This is a society where people make time to spend time with people they love — often over a cup of coffee.

There is, of course, the cafe cubano or cafecito. Cafe Cubano features the same presweetened espresso but without the milk topping. There’s also the cafe con leche (coffee with milk), similar to a latte but with slightly less milk.

How to make cortadito

The basic premise of the cortadito is pretty standard, but the preparation is not. In homes, or even in some Cuban cafes, you’ll find the coffee is made with a Moka pot rather than an espresso machine. To get the traditional espuma on the coffee, you whip the sugar with a small amount of coffee. And you do it before adding the milk. Others prefer to sweeten it during the brewing process. There are two ways to do this. First, by adding the sugar to the top of the Moka pot. Second, by adding it on top of the tamped grounds in the portafilter.

Alternatively, you can leave the espresso itself unsweetened and instead top with steamed condensed milk.

What we love about the Cortadito is how adaptable and easy it is to make at home. You don’t need any unique accessories or even a milk frother. The best thing is, you can heat the untextured milk in a small saucepan.

Yes, coffee is grown in Cuba. However, due to the impacts of the trade embargo with the USA, it is no longer one of its major exports. The central growing region is in the Sierra Maestra mountain, where both Arabica and Robusta bean are cultivated (2).

Yes, you can make a cortadito with almond milk. Almond milk is notoriously difficult to foam (3), but the milk in a cortadito is usually only steamed, not frothed. 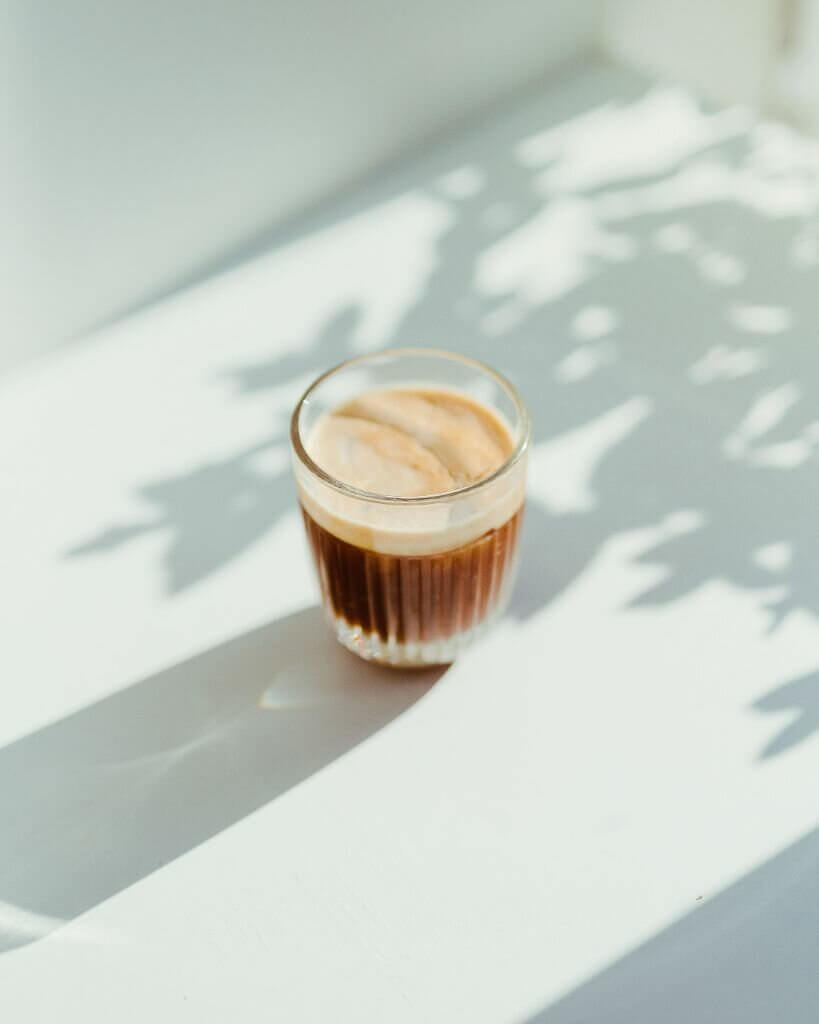 Jovana D
I come from a country where people drink domestic coffee (what the rest of the world knows as Turkish coffee) and where Nescafe designates all instant coffees ever made. So, imagine my first encounter with, say, Hario V60...Yes, it was love at first sight.  Today I’m a moderate coffee connoisseur and a huge coffee lover. My favorite brewing methods are the V60 and traditional espresso-making. Yet, despite my country’s long tradition of Turkish-coffee-adoring, I somehow cannot stand it. That’s just too dark, even for me.
JUMP TO:
Cortadito recipe
What is a cortadito coffee?
How to make cortadito
FAQs