How Long Should I Boil Coffee For?

Until the 1930s, boiling used to be the most common method to prepare coffee. Although it has now fallen out of fashion in favour of other brewing techniques, it is still used in many traditional recipes. To boil coffee, all you really need is water, coffee grounds and a heat source.

When you’re trying out a traditional cowboy coffee recipe or testing your new ibrik to make turkish coffee you might be wondering how long to boil coffee.

Actually, You Should Never Boil Coffee

Despite the name of the article, traditional recipes almost never call for actually boiling the coffee. This is because boiling the coffee grounds will destroy flavour compounds and most likely result in bitter over-extraction.

When we’re talking about boiling coffee, we’re really talking about brewing it in heated water. Let’s have a look at some traditional ways to “boil” coffee.

Cowboy coffee has a reputation of being less than delicious, but it doesn’t have to be (1). To make campfire coffee that tastes as good as at home, you just need to take some care in preparing it. The reason cowboy coffee is often bitter is that the coffee grounds are being boiled and steeped in the water for too long, resulting in over-extraction.

The perfect temperature for water used to brew coffee is between 91 and 96 degrees Celsius (195 – 205 Fahrenheit) (​2​​​). If it’s hotter than that, it will burn the delicate flavor compounds in the coffee; if it’s colder, the coffee will not extract fully.

Although you probably don’t have a thermometer with you when camping, just let the boiled water cool down for about 30 seconds (​3​​​) before adding the coffee. Give it a stir and let the grounds steep for only about 4-5 minutes; any longer than that, and you’re again risking over-extraction and bitterness.

Once the coffee is brewed, you should pour it to mugs or a thermos immediately. Since the grounds are left in the bottom of the pot, the brewing process will continue for as long as the coffee is kept in the pot.

Boiling On The Stovetop

Boiling in a pot or saucepan on the stove is the most traditional way to make coffee in many countries. Although it has now been replaced by filter coffee machines in most homes, this method still retains some popularity.

It’s kind of like using a stovetop espresso maker, without the coffee maker part.

This is especially true in the Nordic countries and some of their descendants (4) in the US, where it is often called “church basement coffee”.

Pan-boiled coffee is similar to cowboy coffee, only made on a stove instead of an open fire. Even with such a simple recipe, there are variations – trial and error may be required to find your favorite way of making it.

Turkish coffee is famous for its intense flavor. It has been prepared using the same technique for over 500 years, so the conventions of making it are well-established.

Two things are needed to prepare Turkish coffee: very finely ground coffee powder (5) and a special brewing pot called a “cezve” in Turkey or an “ibrik” in most other parts of the world. A filter is not used in its preparation, so the resulting cup is thick with coffee “mud.” This just adds to its charm.

As a result, you will need a very good coffee grinder to get the beans fine enough to blend into the coffee. Alternatively, you can just pick up some ready-ground Turkish coffee.

To brew Turkish coffee, combine water, coffee and your preferred amount of sugar and spice in an ibrik. Heat the pot slowly, avoiding the boiling point and spillage. Let it cool down and then place it back on the stove, letting it heat just below the boiling point once or twice more (​6​​​). Pour and enjoy immediately.

So it turns out that boiling coffee isn’t such a good idea after all. Most traditional recipes actually call for letting the boiled water cool down a bit before adding the coffee grounds.

What “boiled” coffee recipes actually have in common is the lack of in-built filters and the resulting simplicity of brewing. Although modern ways to make coffee tend to be neater, there is an air of tradition and romanticism in making stovetop coffee.

Have you tried any of the recipes in this article? Let me know in the comments!

Boiling coffee is bad for the delicate flavor compounds that give it complexity and richness. Boiling coffee leads to over-extraction, in which the bitter elements overwhelm any other flavor the coffee grounds might have had.

You should not pour boiling water on coffee. The optimum water temperature for brewing coffee is between 91 and 96 degrees Celsius (195-205 degrees Fahrenheit). If you don’t have a thermometer, a good rule of thumb is to take the water off the boil for 30 seconds before pouring.

If you boil coffee, the aromatic acids and sugars are broken down and eliminated, retaining only the bitter elements – the third part of coffee extraction, from the plant fibers that hold the beans together. 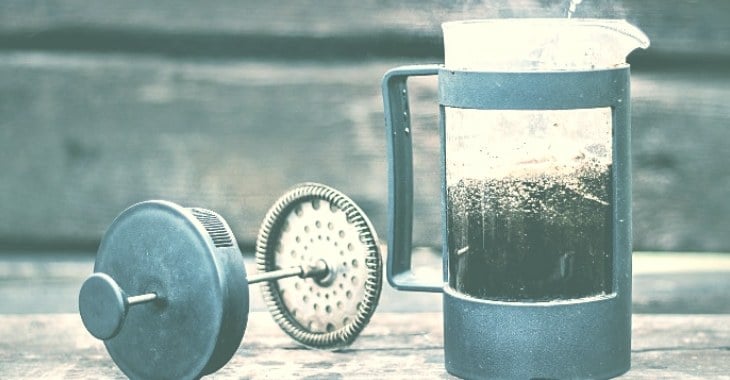 Jovana D
I come from a country where people drink domestic coffee (what the rest of the world knows as Turkish coffee) and where Nescafe designates all instant coffees ever made. So, imagine my first encounter with, say, Hario V60...Yes, it was love at first sight.  Today I’m a moderate coffee connoisseur and a huge coffee lover. My favorite brewing methods are the V60 and traditional espresso-making. Yet, despite my country’s long tradition of Turkish-coffee-adoring, I somehow cannot stand it. That’s just too dark, even for me.
JUMP TO:
Actually, You Should Never Boil Coffee
How Long To Boil Coffee? – Ah, You’re Asking The WRONG Question ?
Frequently Asked Questions