Technically you can, but because of its extremely fine grind, most simply purchase it pre-ground. However, if you’re hardcore about your coffee and want to grind your favorite coffee beans yourself, make sure you get the right coffee grinder! 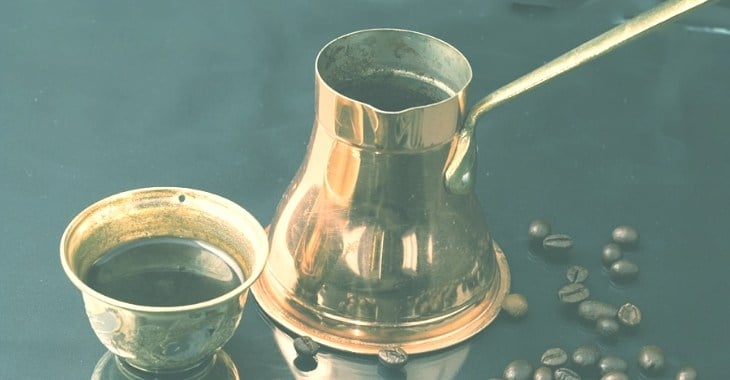 Alex Azoury
Alex is an Editor of Home Grounds, who considers himself as a traveling coffee fanatic. He is passionate about brewing amazing coffee while in obscure locations, and teaching others to do the same.
JUMP TO:
Turkish Coffee
What is Turkish Coffee? A Little History…
How to Serve Turkish Coffee
FAQs
Final Thoughts