Why is Coffee Called Java?

Contents show
A quick history lesson
Where does the word Java come from?
Do we still have Java java?
What is Mocha Java?
FAQs
Why is coffee called joe?
What is a mocha?
Where do the best coffee beans come from?

I’m sure you’ve heard coffee referred to as “java,” but have you ever wondered why? We did, so we set about to find out. As it turns out, it’s just another part of coffee’s long and fascinating history. Keep reading to learn all about it, and you’ll be able to impress your friends next time you’re all at the local dinner grabbing a morning java.

It might be hard to believe given coffee’s current global reach, but coffee plants were only found growing wild in Ethiopia once upon a time. As legend has it, a local goat herder noticed his flocks were extra energetic after feeding on the fruits of certain plants. Those plants were coffee, and humans were quick to follow the goats’ lead.

For more details on coffee’s exciting history, check out this cute video:

From Ethiopia, people would take coffee to Yemen. In Yemen, they grew it commercially for the first time. It was so profitable that the Arabians kept it closely guarded. Stealing coffee plants was punishable by death (1)! Nevertheless, in the late 17th century, some wily Dutch merchants smuggled some plants to Indonesia.

Where does the word Java come from?

They planted the coffee on several Indonesian islands, but Java handled most of the exports as the main island. As a result, when coffee arrived in Europe, it bore the label “Java.” Over time, Java ceased to mean “coffee from Java” and became a generic term for the coffee itself.

Do we still have Java java?

Yes, coffee is still grown on the island of Java. However, it is no longer the global coffee hotspot it once was. In the 19th century, many Arabica crops on the island were wiped out by the coffee disease leaf rust. To compensate, the Dutch planted more Liberica and Robusta plants, which are resistant to disease but are of lower quality.

In Java, there are five estates still growing premium coffees: Blawan, Jampit, Pancoer, Kayumas, and Tugosari. Some of them practice what is known as monsooning. In this process, green Java coffee beans are aged in the region’s humid air for up to three years. The beans swell up and develop new flavour characteristics.

Monsooned beans from Java have a sweet flavor with a heavy body and minimal acidity.

While you can still get coffee from Java, these days, Indonesia’s best-known single origin coffees are Sumatran coffee and Sulawesi coffee.

What is Mocha Java?

Mocha Java, also known as Mocca Java or Moka Java, is a coffee blend. In fact, it is one of the oldest coffee blends in history.

In its early history, coffee was grown mainly in Yemen and exported through the port of Mocha. Yemeni coffee was similar to the wild coffees of Ethiopia, sweet and fruity. Once the Dutch brought coffee to the more humid climate of Indonesia, it took on different characteristics, with a creamier body and earthier flavour.

People soon discovered that blending the coffees of Java and Mocha yielded a beautifully balanced brew, and this became the original Mocha Java blend. Dan Wood of Sweet Maria’s, one of the world’s biggest suppliers of green coffee beans, explains its importance (2).

One thing’s for sure is the blend represented a mixture of coffees from two different cultures and economic systems derived through colonial rule.

These days, the Mocha Java blend still exists, but it’s more a tribute to the original flavors than a true designation of origin. It’s often a blend of fruity Ethiopian coffee and earthy Sumatran beans.

It is not entirely clear why coffee is called joe. It might be because it is the drink of an “average Joe,” it might be a joke originating with sailors in WWI, or it might just be a marketing tactic.

Confusingly, the mocha drink commonly found in coffee shops no longer bears any relation to the old coffee exporting port of Mocha in Yemen. A mocha is essentially a chocolate latte, a drink that combines chocolate, espresso, and steamed milk.

The best beans come from the farmers trying to grow and cultivate specialty beans, but some origins make this easier than others. Some of the world’s best-growing regions include East Africa, Central, and South America, Hawaii, Indonesia, and Jamaica’s Blue Mountains. 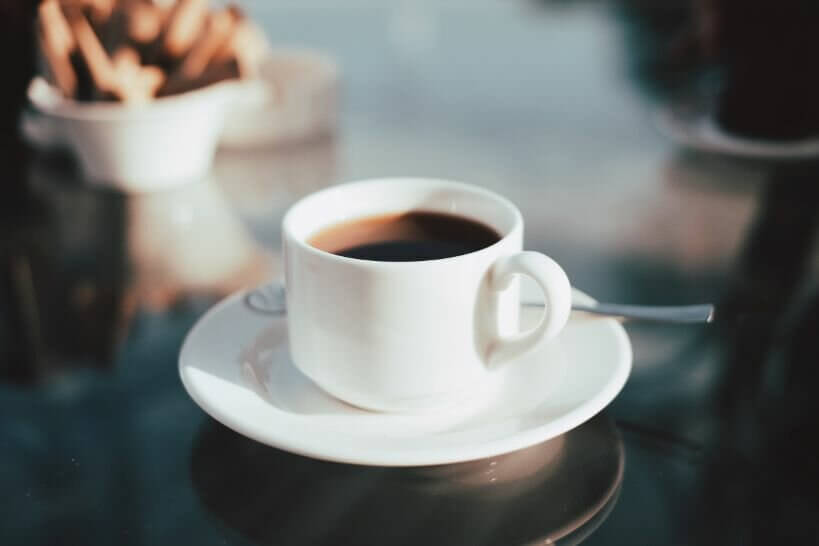 Julia Bobak
I love trail running, rock climbing, coffee, food, and my tiny dog — and writing about all of them. I start every morning with a fresh Americano from my home espresso machine, or I don’t start it at all.
JUMP TO:
A quick history lesson
Do we still have Java java?
What is Mocha Java?
FAQs