Yemen Coffee: Everything You Need to Know

Yemen coffee is a drink that is dripping with history. This is the region where coffee as an industry first grew from nothingness to world prominence, and the roots of the coffee culture it contains are as deep as they get.

Though Yemeni coffee isn’t as prolific now as it was in ancient times, the region still maintains a respected position amongst the coffee-growing nations of the world.

Here’s our take on Yemen and its age-old coffee world. 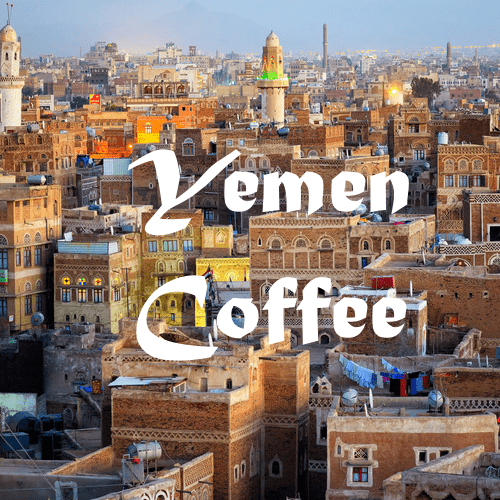 Though beans from this nation can be rather hard to come by, when it comes to getting some good coffee from Yemen, we always put our money on Volcanica Coffee to deliver.
Case in point: this delicious coffee from the ancient coffee-growing region of Matari. This medium roast coffee is grown at a whopping 4500 feet above sea level and is characterized by both its full body and winey overtones. It’s hard to beat!

Must Know Facts About Coffee Beans from Yemen

Yemen is right across the water from Ethiopia, the region long trumpeted as the birthplace of coffee, so it should come as no surprise that Yemen helped kick-start the coffee industry right from the beginning.

Coffee has been grown in Yemen for a very long time. The country even claims to be the ancient home of the coffee industry. The story goes that in 1450, Sufi monks in Yemen harvested and brewed some of the first coffee. From there, these religious inventors began to infect those around them with a love for their new drink.

Initially, Yemen maintained such an exclusive monopoly on the drink that for centuries the Yemeni Port of Mokha, or Al Mokha, was the central hub of the coffee market. It even gave its name to the beans that flooded out from its waters and into the world.

Though Yemen was a coffee powerhouse in the beginning, it peaked during these early years and has since declined dramatically as the coffee phenomenon spread and became available around the globe.

This decline has been exacerbated in the modern era by the country’s recent struggles with widespread diseases and civil strife.

These beans are full-bodied, earthy, and complex. They tend to have a very rich and winey acidity accompanied by hints of spices, cinnamon, and raisins, before ending with a distinctive, chocolaty note. Sometimes this is accompanied by an earthy, woody, or even a tobacco overtone.

But it’s that chocolate note that really catches everyone’s attention. And if you’re wondering – yes, it was efforts to imitate it that led people to add chocolate to drinks, creating the modern term “mocha.”

You’ll also hear a lot about “white coffee” from Yemen – this is what it means.

Coffee farms in Yemen are typically small and on the wilder side, with farmers hand-picking the coffee cherries from ancient varieties of Arabica plants growing on gorgeous, terraced mountainsides.

The coffee is typically harvested between November and December and is sun-dried, often right on the rooftops of the farmers’ houses! It’s an easy process in the bright and hot Yemeni climate. The leftover cherry husks are also used to create qishr (the local brand of cascara).

Yemen Coffee Brought Back to Life

While the coffee industry in Yemen has slowly slunk into relative obscurity, there have been some modern movements to bring it back to life. Its not regarded as one of the best tasting beans in the world.

We’d like to introduce you to Mokhtar Alkhanshali, the young man who created the coffee company Port of Mokha, and who spent a great deal of time studying the struggling coffee industry of his relatives in Yemen.

His chief objective: to stop his people from focusing on growing harmful things like the drug khat, and instead return to their roots by growing coffee.

The news of this coffee revival driven by Mokhtar and his coffee company spread even further when Blue Bottle Coffee slapped their iconic blue label on the coffee. The expensive cuppa produced in Blue Bottle’s shops went to help the war-torn country in its efforts to rebuild itself and its tattered coffee industry.

NOTE: Check out this Port of Mokha coffee review to see how well it was received.

From escaping from a civil war via boat to spreading his rebooted Mokhtar coffee from Yemen to the world, Mokhtar’s story is one full of adventure and hope. You can read the full story here.

Another great story connected to Yemen and its current coffee crisis involves Ibrahim Alhasbani, a Yemen-born man living in the United States who opened up a coffee shop in Dearborn, MI where he sells coffee sourced from Yemen (at a fair price no less!) that is directly shipped in from his family’s farm in Yemen.

You can read the article here, where Ibrahim’s story and his take on the current situation in Yemen is laid out in full.

Let’s take a look at some of the more prominent coffee-growing regions that have established themselves over the centuries (1).

First, we have the Sanani variety, which comes from various coffee plants grown in the regions west of the capital city of Sana’a. This region tends to include some crops grown at lower altitudes, and can, therefore, be of lower quality. Beans from this region have a balanced and fruity flavor profile, a medium body, and typically exhibit less acidity than other Yemeni coffees.

Hirazi coffee also comes from the western regions of the nation, located a couple mountain ranges west of the capital of Sana’a. This coffee tends to be light and fruity, with a winey acidity.

One of the few categorized ancient coffee tree varieties of Yemen, Ismaili is the name of a coffee plant varietal. Typically grown in central Yemen, it yields a unique, high-quality, pea-like coffee bean that tends to be bright and berryish, though this brightness can be muted.

This tree/region name overlap can lead to some confusion regarding whether a particular coffee with this name comes from the region itself, or from a tree of that variety.

The Yemen coffee that lands under our “Honorable Mentions” title is Yemen Mocha Matari. Grown in Bani Mattar, which is also located west of the capital city of Sana’a, these beans are the most famous of all those grown in Yemen. They tend to emphasize the full body and higher acidity along with the notes of wine and chocolate.

The Current State of the Coffee Industry in Yemen

Though coffee is still grown in the nation, Yemen’s coffee production is much smaller than it once was, having peaked in the 17th century before coffee became a global phenomenon. Since then it seems like everything has conspired to keep this coffee-growing ancient down for the count.

The most prevalent dangers at the moment include civil war and disease. The regions most famous for their coffees are currently being devastated by multiple bouts of cholera, with over a million cases reported from April 2017 to the summer of 2018 and a third possible outbreak threatening. You can see with this map how the western regions – some of the best for coffee production – are the hardest hit by the epidemic.

The region is also plagued with constant rebel attacks, some of which are mentioned in the above article, which can make life very difficult whether you farm coffee or not. The struggles of the region are literally being referred to as “the world’s worst humanitarian crisis”.

No wonder folks like Mokhtar are doing their damnedest to try to make a difference!

Where to Buy the Best Yemeni Coffee Beans

As you can imagine, with so much trouble constantly afoot in Yemen, coffee can be difficult to come by.

If you’re wondering where to buy Yemen coffee, though, we have some suggestions for the best coffee from Yemen (at least, when they’re available!).

If you’re looking for coffee from the experts, you can’t go wrong with Volcanica Coffee. Volcanica is a company that provides ethically produced specialty coffees. This highly rated Yemen Matari Coffee comes from one of the oldest coffee-growing regions in the world. It’s grown at an impressive 4500 feet above sea level and is medium roasted. 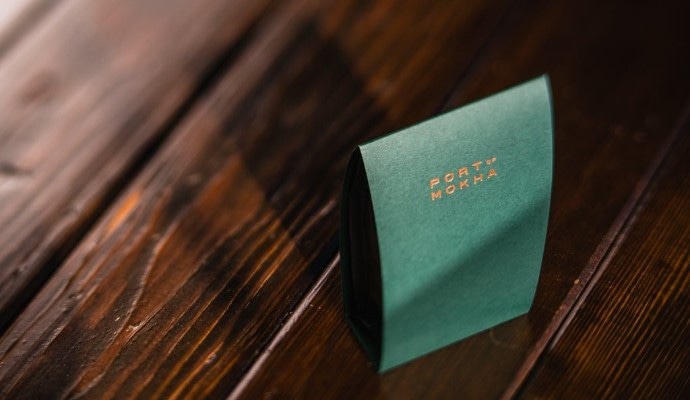 Another great choice which both supports a good cause and gets you some highly prized Yemen coffee, is to sign up for a Port of Mokha subscription.

The company is devoted to a coffee revival in Yemen, and their careful attention to the coffee process is as impressive as it gets. Signing up for the subscription will keep a variety of Yemeni beans flowing right to your door! 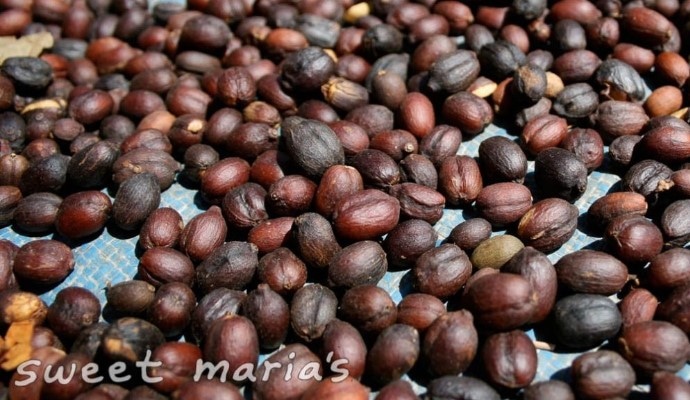 If home roasting is your jam, you may want to check out Sweet Maria’s. They are the home for all things green coffee beans, specializing in unroasted coffee delicacies from around the world. And, of course, that often includes some high-end Yemen Mocha green coffee beans!

While the stock tends to ebb and flow with time, you can find options like this Yemen Mokha Matari that have enough character to blow you away. Great for anything from a City+ to a Vienna roast, these beans are both highly prized and versatile.

Pairing: The Best Way to Roast and Brew Yemen Beans

If you’re a fan of home roasting and brewing, coffee beans from Yemen are a treat to prep in your abode.

When it comes to roasting coffee beans from Yemen, these beans aren’t afraid of a dark roast.

In fact, while you can stop at a medium roast, the darker roasts can draw out much more of the richness of their flavors. This can also increase the overall aroma and keep the coffee’s body rich and full.

The important thing to keep in mind is that with the hardier beans from Yemen, longer roasts can tend to develop rather than decrease the coffee’s flavor profile. So feel free to be bold. Just don’t burn them!

As with most coffees, you can try many different kinds of brewing options with Yemen coffee, especially depending on the region and flavor profile of the beans you purchase.

However, since this kind of bean generally favors a medium to dark roast, we recommend brewing espresso to experience the full flavor profile in action.

Yemen holds a fascinating place in coffee’s age-old story. Yet its abundance of modern struggles, from diseases to civil wars, has turned it into one of the hardest-hit coffee nations in the world.

There can be no doubt that it is worth the effort to try to get such a rare delicacy, and simultaneously support the struggles of the Yemeni coffee farmers as well!

If you liked the article, please consider sharing it so that we can all help shed some light on this amazing part of the coffee world.

Jovana D
I come from a country where people drink domestic coffee (what the rest of the world knows as Turkish coffee) and where Nescafe designates all instant coffees ever made. So, imagine my first encounter with, say, Hario V60...Yes, it was love at first sight.  Today I’m a moderate coffee connoisseur and a huge coffee lover. My favorite brewing methods are the V60 and traditional espresso-making. Yet, despite my country’s long tradition of Turkish-coffee-adoring, I somehow cannot stand it. That’s just too dark, even for me.
JUMP TO:
Must Know Facts About Coffee Beans from Yemen
Major Growing Regions and Their Beans
The Current State of the Coffee Industry in Yemen
Where to Buy the Best Yemeni Coffee Beans
Pairing: The Best Way to Roast and Brew Yemen Beans
Astamtae Bialqahwat Alyamania (Enjoy Your Yemeni Coffee)