Where Is Geisha Coffee Grown?

Geisha coffee or Gesha coffee is something of a holy grail for coffee lovers. The beans’ unique flavour profile and rarity have seen it fetch record prices year after year, making it one of the most expensive coffees in the world.

So what does it take to produce a Geisha coffee worth its price tag? Here’s everything you need to know about where and how this variety grows.

If you’ve ever wondered why Geisha coffee is so expensive, it’s partly because this variety is notoriously challenging to grow. High altitudes are considered preferable for most coffees, but in the case of Geisha (sometimes spelled Gesha) coffee plants, elevation is crucial to quality – the best beans are from farms over 5,500 feet (1).

Every time we go higher, it just gets better.

These heights might add to the taste, but they do make growing harder. Plants can suffer from increased UV radiation, cold, and wind. Even without these issues, Geisha is already considerably more fragile than other varieties. These plants have fewer leaves and are less efficient in photosynthesis, resulting in a relatively low yield.

With so much that can go wrong, growing Geisha is a risk for farmers, but when it works, the payoff is some of the best beans in the world.

Where is Geisha Coffee Grown?

Geisha coffee plants do require specific conditions for growing, but variety’s association with Panama has as much to do with fate as it does with climate. More farmers are planting this special bean with the increased interest in Geisha. Here are some of the countries producing quality Geisha coffee today.

Think of the best Geisha coffee beans, and you almost certainly think of Panama. This is where the coffee’s fame began, when the beans were first presented at the Cup of Excellence Award, shooting the variety of international stardom.

The most famous Geisha is grown around the town of Boquete, which sits on the slopes of the Volcan Baru. Here, the cool climate, high altitudes, and rich soil create the perfect conditions for coffee growing. These particular Panama geisha coffee beans are also identified as having a separate genetic fingerprint to other Geisha coffees around the world (2).

Geisha coffee was actually grown in Costa Rica before it arrived in Panama, on its long journey from Ethiopia. Panama’s Boquete region is just a stone’s throw from the border of Costa Rica, so it makes sense that the two countries share some of the same conditions required by fussy Geisha plants. Costa Rica coffee is considered some of the best in the world, especially from the Tarrazu region.

Even though Geisha coffee originated in Ethiopia, it wasn’t a commercial crop here until recently. With the bean’s international fame, farmers in Ethiopia reclaim the variety’s heritage. You can now find Geisha coffee grown in its birthplace, around the town of Gesha in the far west of the country.

Geisha coffee is synonymous with Panama, but that’s not the only place you’ll find it. With these beans being thrust into the spotlight, there are now other coffee-growing regions worldwide helping to cater to demand.

Central America is the biggest hotspot for Geisha growth.

You’ll find high-scoring beans coming from farms in Guatemala, El Salvador, and Honduras. Just south of Panama, Colombia also produces some high-quality Geisha (3). Many of these farms can be found in Huila, an area already well known for its complex and fragrant coffees.

In Africa, you can find Geisha farms in Tanzania and Malawi, with the Tanzanian beans, in particular, attracting the attention of coffee judges.

Panama might be the big name in Geisha, but it’s not the only country producing top-scoring beans. Perhaps more important than the particular place of origin is the altitude. Ensure that your beans list the elevation at which they were grown. Geisha coffee can be grown at lower altitudes, but you won’t get the quality of flavor that makes this variety so sought-after.

The flavour profile of Geisha coffee is very floral and fruity, with bright but delicate acidity. You might experience jasmine, violets, bergamot, citrus, peach, mango, or papaya, depending on the bean.

Starbucks doesn’t sell Panama Geisha, but it has been sold as a limited edition coffee in the past. In March 2013, 790 bags were offered through the brand’s online store and later in some cafes in Japan (4).

The world’s most expensive coffee varies from year to year, depending on market prices. Some of the names that show up regularly on the list include kopi luwak (civet coffee), Ospina, Fazenda Santa Ina, Hawaiian Kona, and Esmerelda Geisha. 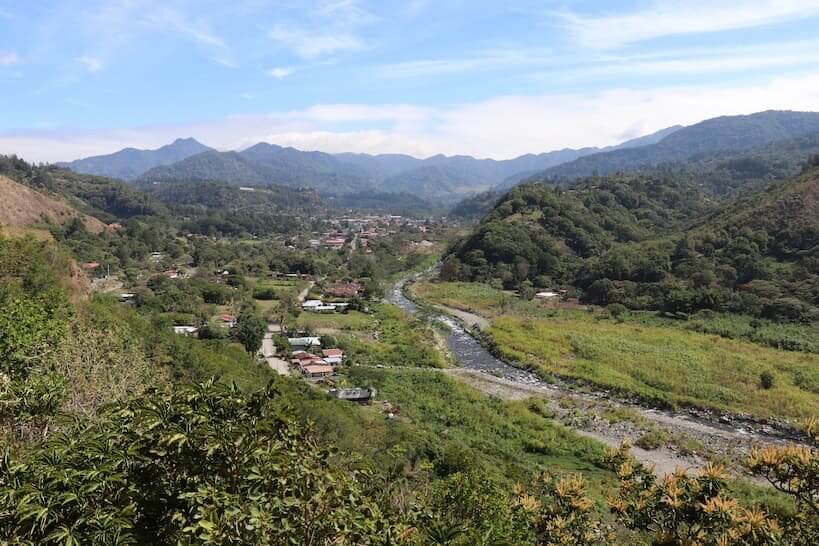 Kashmir Brummel
Growing up in a coffee-free household, the discovery of the Moka pot as a teen
was something of a revelation. I’ve now upgraded to the AeroPress for my daily
brew, with a Hario V60 on hand for lazy weekend mornings.
JUMP TO:
Geisha Coffee Growing Requirements
Where is Geisha Coffee Grown?
Final Thoughts
FAQs