The Truth About Decaf Coffee

If you’re looking to limit your caffeine intake, decaf coffee can be a great replacement. It has a nearly similar aroma and health benefits to regular coffee with merely an unnoticeable trace of caffeine.

This article will explain what it takes to make decaffeinated coffee. It will also investigate if ”decaf” really means that it contains no caffeine at all and look at some of its good and bad sides.

How Is Coffee Decaffeinated?

So how decaf coffee is made?

Once upon a time (in 1905), a man named Ludwig Roselius decided that he wanted to decaffeinate some coffee. He theorised that if he moistened the beans to make the caffeine accessible, and then soaked them in benzene to draw the caffeine out, he’d have his wish. Those were the first decaffeinated beans. You can only imagine how they tasted. Benzene is a chemical that the National Cancer Institute today deems as carcinogenic (1).

Until recently, chemical extraction was the main method used. The chemicals inevitably left an aftertaste that affected the coffee’s flavour, giving decaffeinated its bad rep. Coffee manufacturers no longer use benzene to remove the caffeine and have turned to less harmful methods. However, in some cases, chemicals are still part of the process.

There are some major points that all decaffeination methods have in common:

Today, there are four common decaffeinating methods. Out of these four, only two use chemical solvents. When there isn’t any note about the decaffeination process on the product, it is usually solvent-based.

The Indirect-Solvent Method (or the Methylene-Chloride Method)

The remaining caffeine molecules bond to this solvent and heat is used to evaporate them. After that, the beans go back into the water, where they absorb the majority of the aroma and other elements.

In this method, manufacturers steam green coffee beans for half an hour. Beans will open up their pores due to steam and become responsive to the solvent.

Manufacturers then rinse the beans for several hours with ethyl acetate, which extracts the caffeine. After that, beans are steamed some more to remove any remaining chemicals.

The Swiss Method or Swiss Water Process (SWP) entered the market in 1988 and has an organic certification by the Organic Crop Improvement Association. It doesn’t include any chemicals and instead relies on osmosis and solubility to help carry out the process.

According to experts, the Swiss Water Process manages to decaf up to 99.9% of the coffee, making it the most reliable method.

It starts with dipping coffee beans in near-boiling water which extracts the caffeine and flavor. Then the water passes through a separate activated charcoal filter. This filter captures only caffeine molecules while the flavor stays with the water. The manufacturers then reuse this new, flavor- and aroma-enhanced water to extract the caffeine from a new group of beans.

The Carbon Dioxide process or CO2 is the method commercial manufacturers use for decaffeinating larger quantities of coffee. Due to its high cost, it is not affordable to use it to decaffeinate smaller amounts of coffee. The process is successful because CO2 binds only caffeine and nothing else.

In this process, CO2 is introduced into a stainless steel container under 1,000 pounds of pressure to remove the caffeine and leave the aroma components intact. The CO2 with caffeine is then moved to a different container where the caffeine is released.

Due to carbon-dioxide essentially being a “natural” substance and the fact that aroma components remain in the bean, CO2 is becoming the preferred method for the future of processing.

Is There Any Caffeine in Decaf?

Despite the term “decaf”, decaffeinated coffee is not entirely caffeine-free (2). So, if you have high blood pressure or other conditions that prohibit you from consuming caffeine, you should still be careful.

So, let’s say you have a “tall” Starbucks coffee cup, which is around 350ml (12oz). A caffeinated cup of this size would have 180mg of caffeine, while a nominally decaf cup could still have around 5-6mg of caffeine. According to recent research, almost all types of decaffeinated coffee contain caffeine in some quantity (3).

This means that there are around 7mg of caffeine in any 8oz decaf coffee cup. Keep this in mind if you have any medical condition that may be impacted by caffeine intake. This especially applies to anxiety, heart-related diseases, insomnia, and other similar ailments.

Roland Griffiths, Ph. D, who is a professor at the Department of Neurosciences at the John Hopkins University of Medicine explains this further (4):

The important point is that decaffeinated is not the same as caffeine-free… People who are trying to eliminate caffeine from their diet should be aware that popular espresso drinks such as lattes can deliver as much caffeine as a can of Coca-Cola – about 31 milligrams.

According to European law standards, decaf coffee must contain no more than 0.1% of caffeine in roasted coffee beans and up to 0.3% in instant coffee.

Paul Toscano, chief marketing officer of Joyride Coffee, shared that their company favors the Swiss Water Process as it can remove 99% of the caffeine from the beans (5). ​

The Pros and Cons of Decaf Coffee

The greatest upside of decaffeinated coffee is at the same time its biggest downside – it doesn’t contain caffeine. So, if the main reason you drink coffee is to get your daily caffeine fix, you won’t enjoy decaf as much. At the same time, if you like the flavor and aroma of the coffee but would like to avoid caffeine for whatever reason, decaf is the way to go.

One of the main health controversies regarding decaf coffee is the decaffeination process itself. Experts agree that the Swiss Water Process and the liquid CO2 process are completely healthy, but chemical solvents such as methylene-chloride aren’t as safe.

If consumers want to be sure that synthetic solvents weren’t used to decaffeinate, they should look for organic seals… seal serves as a guarantee that no pesticides and/or chemical solvents were used during processing.

Decaf coffee is a viable alternative if you are caffeine-sensitive but still enjoy the taste of coffee. It is also a great replacement during periods where you need to limit your caffeine intake, such as when experiencing insomnia or during pregnancy.

Caffeine is not completely absent from decaf coffee, but if you drink one or two cups a day, the amount you’ll consume is negligible. Also, if you’re worried about chemically-processed coffee, always look for an ‘organic’ label on the product.

On the other hand, if you like to drink coffee primarily because it increases your energy and mental alertness, decaf won’t have the same effect. In that case, you need to opt for regular coffee.

Decaf coffee isn’t bad for you. Both decaf and regular coffee contain the same antioxidants. The main difference in decaf is the absence of caffeine. So, if other ingredients in regular coffee don’t cause you health problems, decaf shouldn’t cause them either.

If you drink decaf coffee, you won’t experience any potential downsides of caffeine consumption. However, you’ll also miss out on all the benefits of regular coffee, apart from flavor and aroma. According to research, the main health benefit of decaf is a lower risk of premature death and type 2 diabetes (7).

Due to its specific processing method and the fact it alters the chemicals in coffee beans, decaf coffee has a different taste than regular coffee.

Decaf coffee still has some caffeine. The processing methods are unable to completely remove caffeine in most of the cases. According to USDA, decaf coffee can still contain as much as 3% of caffeine.
Is it okay to drink decaf coffee when pregnant?
Pregnant and breastfeeding women should reduce their caffeine intake. Since decaf contains only a small amount of caffeine, they may drink it in moderation. 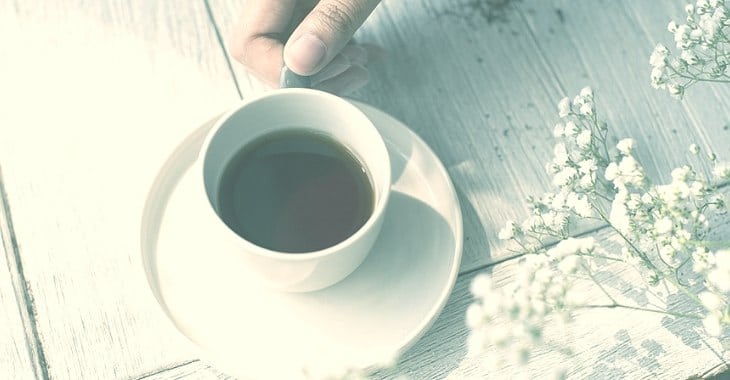 Jovana D
I come from a country where people drink domestic coffee (what the rest of the world knows as Turkish coffee) and where Nescafe designates all instant coffees ever made. So, imagine my first encounter with, say, Hario V60...Yes, it was love at first sight.  Today I’m a moderate coffee connoisseur and a huge coffee lover. My favorite brewing methods are the V60 and traditional espresso-making. Yet, despite my country’s long tradition of Turkish-coffee-adoring, I somehow cannot stand it. That’s just too dark, even for me.
JUMP TO:
How Is Coffee Decaffeinated?
Is There Any Caffeine in Decaf?
The Pros and Cons of Decaf Coffee
Final Thoughts
FAQs